The Big House:
In post-revolution Yemen, when a boy finds a way into the empty mansion down the street, he lets himself and his imagination run wild in the big house.

Valley of Saints:
In war-torn Kashmir, a lakeside city is plunged into a military curfew. Stranded together on breathtaking Dal Lake, a working-class boatman and a beautiful young scientist form an unlikely bond. But as violence spills in from the city, their budding romance may not survive. 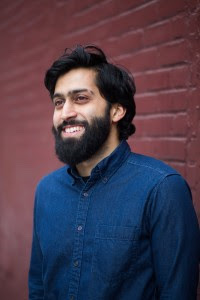 His two narrative feature films A STRAY (SXSW '16) and VALLEY OF SAINTS (Sundance Film Festival, Audience Award '12) were both New York Times Critics Picks. THE BIG HOUSE, a narrative short Syeed shot in Yemen, was a 2014 Sundance selection. His current features in development have been supported by the San Francisco Film Society, Tribeca Film Institute, and Torino Film Lab.
His previous films include the short documentaries BRONX PRINCESS (Official Selection: Berlinale) and A SON'S SACRIFICE (Best Short Doc, Tribeca Film Festival & International Documentary Awards). Both films had national PBS broadcasts and were co-produced with Yoni Brook.
He also co-directed THE CALLING, a documentary miniseries for PBS' Independent Lens, and contributed several video reports for TIME.com. In the interactive space, Syeed was a co-producer of the transmedia storytelling project #30DaysRamadan, which was developed at a Mozilla Hackathon and supported by ITVS.
Syeed was a teaching artist for the Tribeca Film Institute and an adjunct professor of documentary production at Williams College. As a Fulbright Fellow, Syeed lived in Cairo, Egypt, where he focused on experimental filmmaking. He is an alumnus of New York University's Tisch School of the Arts and the Middle Eastern & Islamic Studies Department.